Because we hate change.

This is a game that you can play at the beginning of a training session to allow people to open their minds that what they are about to learn isn’t easy. It is hard to change and they need to consciously go into the training that it isn’t just a matter of ‘change your way and you will succeed’.

To prepare this each participant needs the following (or have available on the table within reach):

Show them a A4 piece of paper with the exercise template on it. An example of the template right here:

The exercise doesn’t have to be about a car, you can choose anything, but this is just an example.

Inform them that you will be timing how long it takes to do the car, but that it isn’t a race. When they are done put their hand up to signal end of time for them.

Let them start and start the timer. As each person signals write their time up on the board.

When the group has all finished their car do a quick demo of a few of the more interesting designs. Here is an example of my finished car: 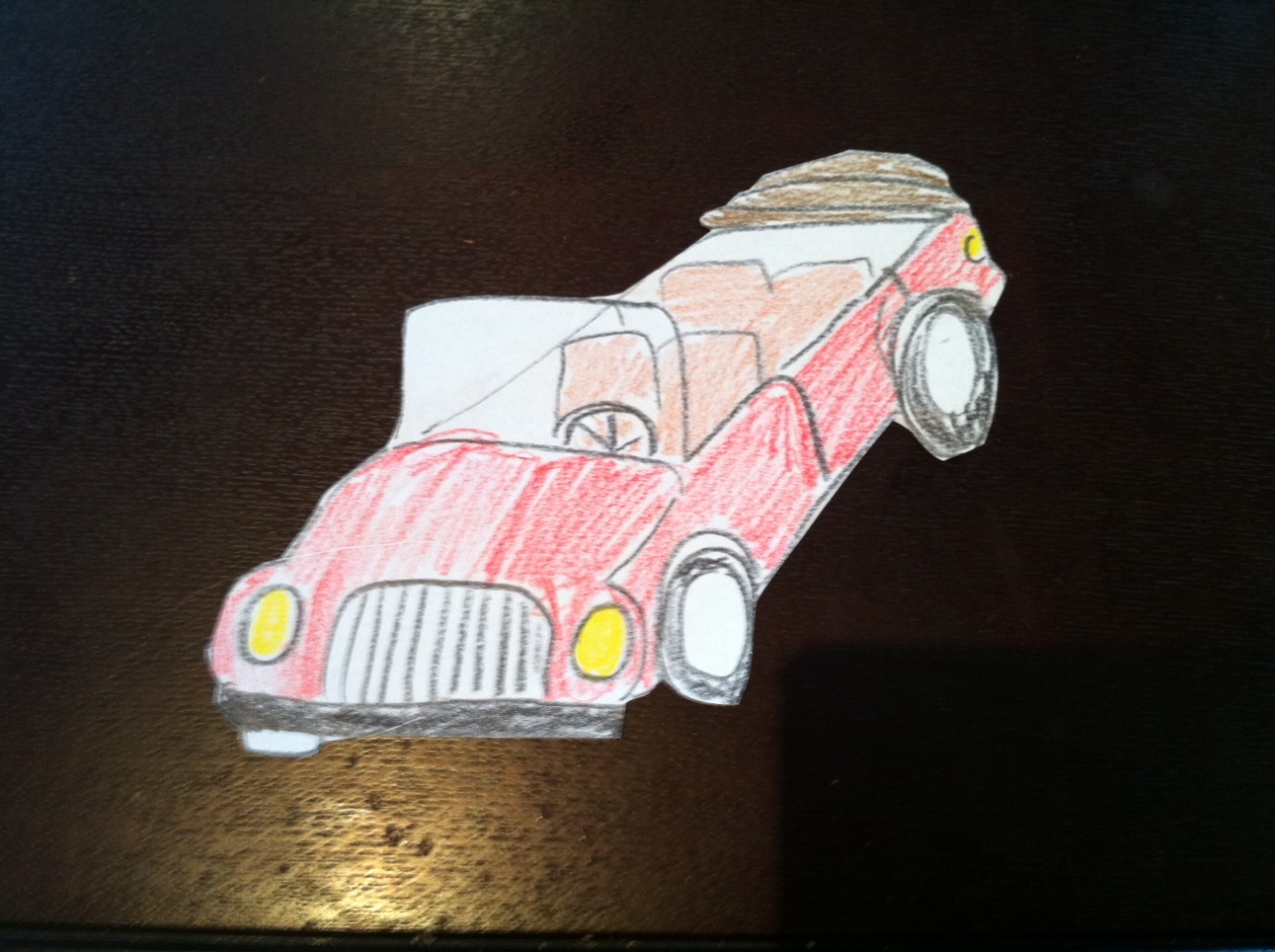 Talk about the quality of the solutions, how closely the cuts are against the lines and the evenness of colouring in. Then ask the group to vote using their cards how comfortable they felt doing the exercise (for example 1 is extremely uncomfortable, 10 is extremely comfortable). Write up the comfort scores.

Now explain that the activity is going to be repeated again – but this time do not use the same hand that you used the first time. For example, if they are right-handed and used their right hand to draw and cut the first time this next time use their left hand.

This second car should be a duplicate of the one they created in the first instance. Explain that they will be timed again and start the exercise.

Write up the times again. Before walking through the results ask the group to use their voting cards and to rate how comfortable they felt doing the exercise this time. Write up the scores.

Now take a look at some of the designs and give a walk-through of the differences. For example, here is a comparison of my cars (the original is on the left):

Using my own cars as an example here is what we can observe:

Then have a look at the time differences. The second car will likely be 50-100% longer to do despite having a template and no longer requiring innovation.

Then have a look at the comfort levels. They would have dropped but it is likely that there was still a lot of laughter in the room (until the scissors had to be used).

Get the group to consider what it would be like if you used the hand that you used for the second car every single day for the next three months and then attempted the exercise again. Ask them to re-vote what they think their comfort rating would be after the three months. Write this up.

Facilitate them through an introspection/reflection regarding what they have learnt about change. Common results will include the following:

Now that you have prepared the group with the frustrations they will receive by change it is a great opportunity to start asking the question “If it is so hard, then why should we change?”

4 thoughts on “The Car Change Game”