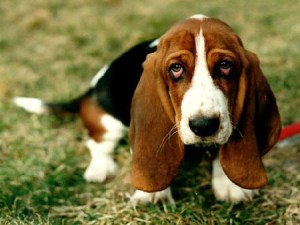 I know that I am not always the biggest advocate for Scrum. It isn’t that I don’t believe that using it and other Agile techniques doesn’t work. I do believe that there is considerable value in Scrum. But if you read over my other Scrum posts you will understand that I don’t think Scrum has moved with the times nor sufficiently answered the handling of production defects problem.

You can imagine my joy when earlier this year Scrum proposed a framework to allow extensions.  I gave it some time, watching from the sidelines. In May I had a look over the three proposals. Admittedly I was disappointed with the three that got through (one implies an incorrect application of feature teams, another is a renamed practice directly taken from XP), but rather than focus on the negative I remained in hope that more would come that would hit the mark.

So when Scrum.org announced recently that they were stopping the Scrum Extensions program I felt like a sad puppy. I wanted to see this work. What I did really love about David Starr’s post on the Scrum Yahoo group was the lessons learnt:

So we learned some things. And we’ll do better in the future. It would be cool to collaborate on this stuff instead of spooling up a new instance of a reference.

David set aside much ego and took the Scrum ethos of inspect and adapt. Arguably it is more a Lean Start-up perspective of measure, learn and pivot, but regardless I hope that Scrum.org continues to try and make something work.

Note: I thought using the term ‘retired’ or ‘deprecated’ was quite odd in reference to the suspension of Scrum Extensions. To have retired it implies a life long lived. To be deprecated shouldn’t it have been replaced by something?