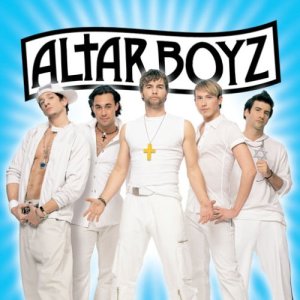 There are three – five key activities or ceremonies in Scrum (depending on how you take content on the sites), but more often then not it is represented as only three: Sprint Planning Meeting, Daily Scrum Meetings and the Sprint Review Meeting. The additional two sometimes considered separate are the Sprint Retrospective and the Sprint itself.

The original June 2003 site did not have a reference to Sprint Planning.

In the 2007 pdf we have the Sprint Planning Meeting defined as:

Takes 8 hrs. First four are spent with the PO presenting the highest priority product backlog to the team. Allows questions, etc. Then team selects as much Product Backlog as it believes that it can turn into a completed increment. 2nd four hours the team plan out the sprint, creates design.

In both March 2007 and March 2009 the Sprint Planning Meeting definition was:

When the Scrum team has selected and committed to deliver a set of top priority features from the Product Backlog, the Scrum Master leads the team in a planning session to break down Product Backlogs features into sprint tasks. These are the specific development activities required to implement a feature and form the Sprint Backlog. This phase of the Sprint Planning Meeting is time-boxed to a maximum of four hours.

The work to be performed in the Sprint is planned at the Sprint Planning Meeting. This plan is created by the collaborative work of the entire Scrum Team.

The ScrumAlliance definition of the moment is again sparse with:

Sprint planning: the team meets with the product owner to choose a set of work to deliver during a sprint.

The original June 2003 site has the Sprint Planning Meeting as:

A short daily meeting where the team shares status.

In the 2007 pdf we have the Daily Scrum Meeting defined as:

Every day the team gets together for a fifteen minute meeting called a Daily Scrum. At the Daily Scrum, each Team member answers three questions: What have you done on this project since the last Daily Scrum meeting? What do you plan on doing on this project between now and the next Daily Scrum meeting? And, what impediments are in the way of you meeting your commitments toward this Sprint and this project? The purpose of the meeting is to synchronize the work of all team members daily and to schedule any meetings that the Team needs to forward its progress. The team members are inspecting each others work in light of the team’s commitments, and making adaptations to optimize their chance of meeting those commitments.

In both March 2007 and March 2009 the Daily Scrum Meeting definition was:

Once planning is complete, the Sprint begins its thirty-day cycle. Each day the Scrum Master leads the team in the Daily Scrum Meeting. This is a fifteen-minute meeting designed to clarify the state of the Scrum. Each team member speaks to three questions: what did I do yesterday, what did I do today, and what impediments got in my way? While anyone can attend this meeting, only team members who have committed to deliver work to the Scrum are allowed to speak. The goal is to get a global snapshot of the project, discover any new dependencies, address any personal needs of committed individuals, and adjust the work plan in real time to the needs of the day. Within scrum.org the definition is now:

The Daily Scrum is a 15-minute time-boxed event for the Development Team to synchronize activities and create a plan for the next 24 hours. This is done by inspecting the work since the last Daily Scrum and forecasting the work that could be done before the next one.

The Daily Scrum is held at the same time and place each day to reduce complexity. During the meeting, each Development Team member explains:

The Scrum Master enforces the rule that only Development Team members participate in the Daily Scrum. The Daily Scrum is not a status meeting, and is for the people transforming the Product Backlog items into an Increment.

Daily Scrums improve communications, eliminate other meetings, identify and remove impediments to development, highlight and promote quick decision-making, and improve the Development Team’s level of project knowledge. This is a key inspect and adapt meeting.

The ScrumAlliance definition of the moment is still sparse with:

Daily scrum: the team meets each day to share struggles and progress. 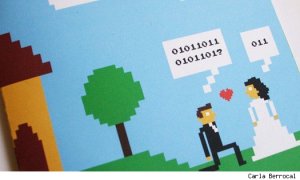 In the 2007 pdf we have the Sprint Review Meeting defined as:

At the end of the Sprint, a Sprint Review meeting is held. This is a four-hour timeboxed meeting where the Team presents what was developed during the Sprint to the Product Owner and any other stakeholders that wish to attend. This is an informal meeting, with the presentation of the functionality intended to foster collaboration about what to do next based on what the Team just completed. The Product Owner and stake holder inspect the Team’s work in light of project goals, and make adaptations to optimize their chance of reaching those goals.

In both March 2007 and March 2009 the Sprint Review Meeting definition was:

At the end of a sprint, a Sprint Review Meeting is held. This meeting is time-boxed to a maximum of four hours. The first half of the meeting is set aside to demonstrate to the Product Owner the potentially shippable code that has been developed during the sprint. The Product Owner leads this part of the meeting and invites all interested stakeholders to attend. The state of the business, the market, and the technology are reviewed. The Product Owner determines which items on the Product Backlog have been completed in the Sprint, and discusses with the Scrum team and stakeholders how best to reprioritize the Product Backlog for the next sprint. The goal for the next sprint is defined.

After the Scrum Review Meeting, the process begins again. Iterations proceed until enough features have been done to complete or release a product.

A Sprint Review is held at the end of the Sprint to inspect the Increment and adapt the Product Backlog if needed. During the Sprint Review, the Scrum Team and stakeholders collaborate about what was done in the Sprint. Based on that and any changes to the Product Backlog during the Sprint, attendees collaborate on the next things that could be done. This is an informal meeting, and the presentation of the Increment is intended to elicit feedback and foster collaboration.

This is a four-hour time-boxed meeting for one-month Sprints. Proportionately less time is allocated for shorter Sprints. For example, two week Sprints have two-hour Sprint Reviews.

The ScrumAlliance definition of the moment is sparse with:

Sprint reviews: the team demonstrates to the product owner what it has completed during the sprint.

In the 2007 pdf we have the Sprint Retrospective defined as:

After the Sprint Review and prior to the next Sprint Planning meeting, the ScrumMaster holds a Sprint Retrospective meeting with the Team. At this three hour, timeboxed meeting the ScrumMaster encourages the team to revise, within the Scrum process framework and practices, its development process to make it more effective and enjoyable for the next Sprint.

In both March 2007 and March 2009 the Sprint Retrospective definition was:

The second half of the Sprint Review Meeting is a retrospective for the Scrum team that is led by the ScrumMaster. The team assesses the way they worked together in the sprint and identifies positive ways of working together that can be encouraged as future practice. The team also identifies the things that could work better and develops strategies for improvement.

The Sprint Retrospective is an opportunity for the Scrum Team to inspect itself and create a plan for improvements to be enacted during the next Sprint.

The Sprint Retrospective occurs after the Sprint Review and prior to the next Sprint Planning Meeting. This is a three-hour time-boxed meeting for one-month Sprints. Proportionately less time is allocated for shorter Sprints.

The purpose of the Sprint Retrospective is to:

 Inspect how the last Sprint went with regards to people, relationships, process, and tools;

 Identify and order the major items that went well and potential improvements; and,

 Create a plan for implementing improvements to the way the Scrum Team does its work.

The Scrum Master encourages the Scrum Team to improve, within the Scrum process framework, its development process and practices to make it more effective and enjoyable for the next Sprint. During each Sprint Retrospective, the Scrum Team plans ways to increase product quality by adapting the Definition of “Done” as appropriate.

Sprint retrospectives: the team looks for ways to improve the product and the process.

A short burst of work lasting approximately 30 days during which an executable and other deliverables are built by an engineering team, as indicated by the assigned backlog.

In the 2007 pdf  there was no separate section defining a Sprint other than it being one month.

In September 2010 the Sprint definition was:

The heart of Scrum is a Sprint, which is an iteration of one month or less that is of consistent length throughout a development effort. All Sprints use the same Scrum framework, and all Sprints deliver an increment of the final product that is potentially releasable. One Sprint starts immediately after the other.

The heart of Scrum is a Sprint, a time-box of one month or less during which a “Done”, useable, and potentially releasable product Increment is created. Sprints have consistent durations throughout a development effort. A new Sprint starts immediately after the conclusion of the previous Sprint.

Sprints contain and consist of the Sprint Planning Meeting, Daily Scrums, the development work, the Sprint Review, and the Sprint Retrospective.

Each Sprint may be considered a project with no more than a one-month horizon. Like projects, Sprints are used to accomplish something. Each Sprint has a definition of what is to be built, a design and flexible plan that will guide building it, the work, and the resultant product.

A Sprint can be cancelled before the Sprint time-box is over. Only the Product Owner has the authority to cancel the Sprint, although he or she may do so under influence from the stakeholders, the Development Team, or the Scrum Master.

A Sprint would be cancelled if the Sprint Goal becomes obsolete. This might occur if the company changes direction or if market or technology conditions change. In general, a Sprint should be cancelled if it no longer makes sense given the circumstances. But, due to the short duration of Sprints, cancellation rarely makes sense.

The ScrumAlliance has no separate definition for the Sprint.